2019 is nearing its end. And that means only one thing: it's about time to select the cohort of the coolest video game characters! Villains, heroes, heroines and bots that the decade will be eternally remembered for. We've selected 10 of the most unforgettable fictional personas who made us laugh, cry, gnash our teeth and have our hearts melting. 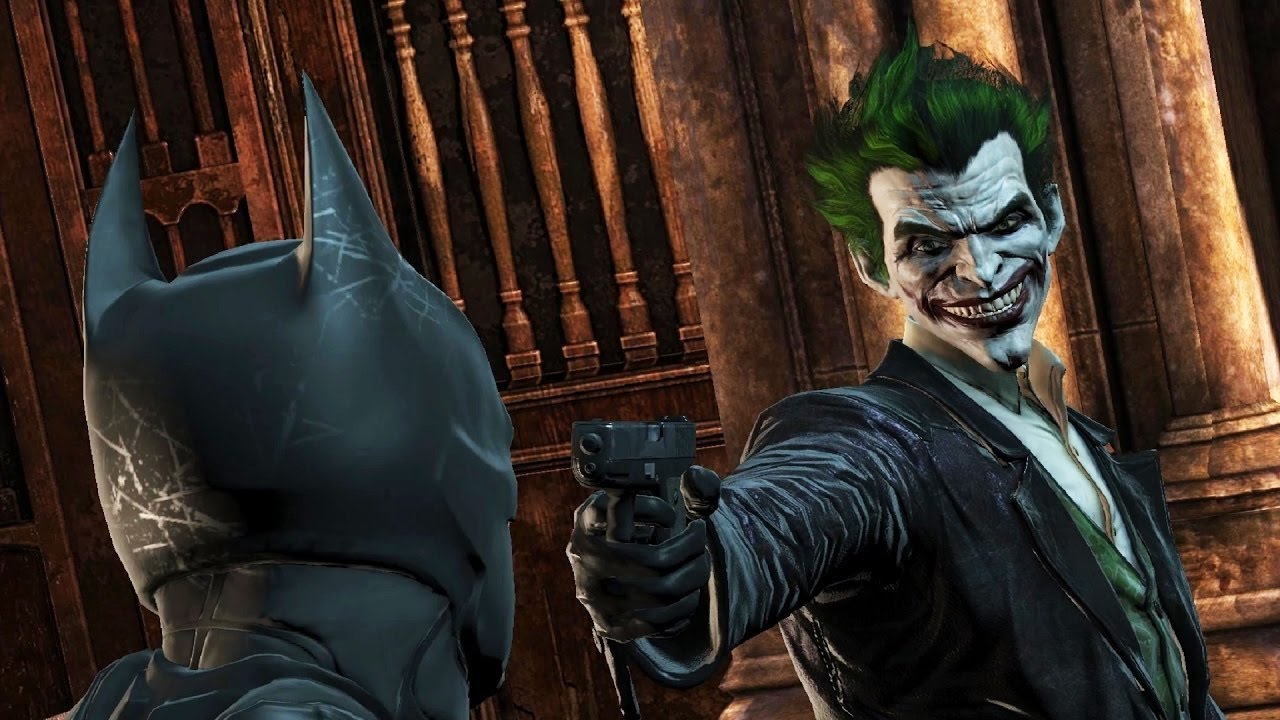 Where: The entire Arkham Series

The macabre antagonist of Bruce Wayne, Joker will celebrate his 80th birthday next year. But despite such an advanced age, he won't retire any time soon. The recent biopic hit movie, extremely popular Halloween mask and YouTube cringe compilations starring his many cosplayers prove that demand for the lunatic harlequin isn't likely to decrease.

However, the Arkham series reveal a deeper psychological aspect of his persona. Like Holmes and Moriarty, Yin and Yang, mac & cheese  — they need each other to fulfill their destinies. And an especially exciting moment is the one when Joker hints that Batman might be clinically insane too. Does it mean they aren't that different after all?

9. GLaDOS — Remember when You Tried to Kill me Twice? 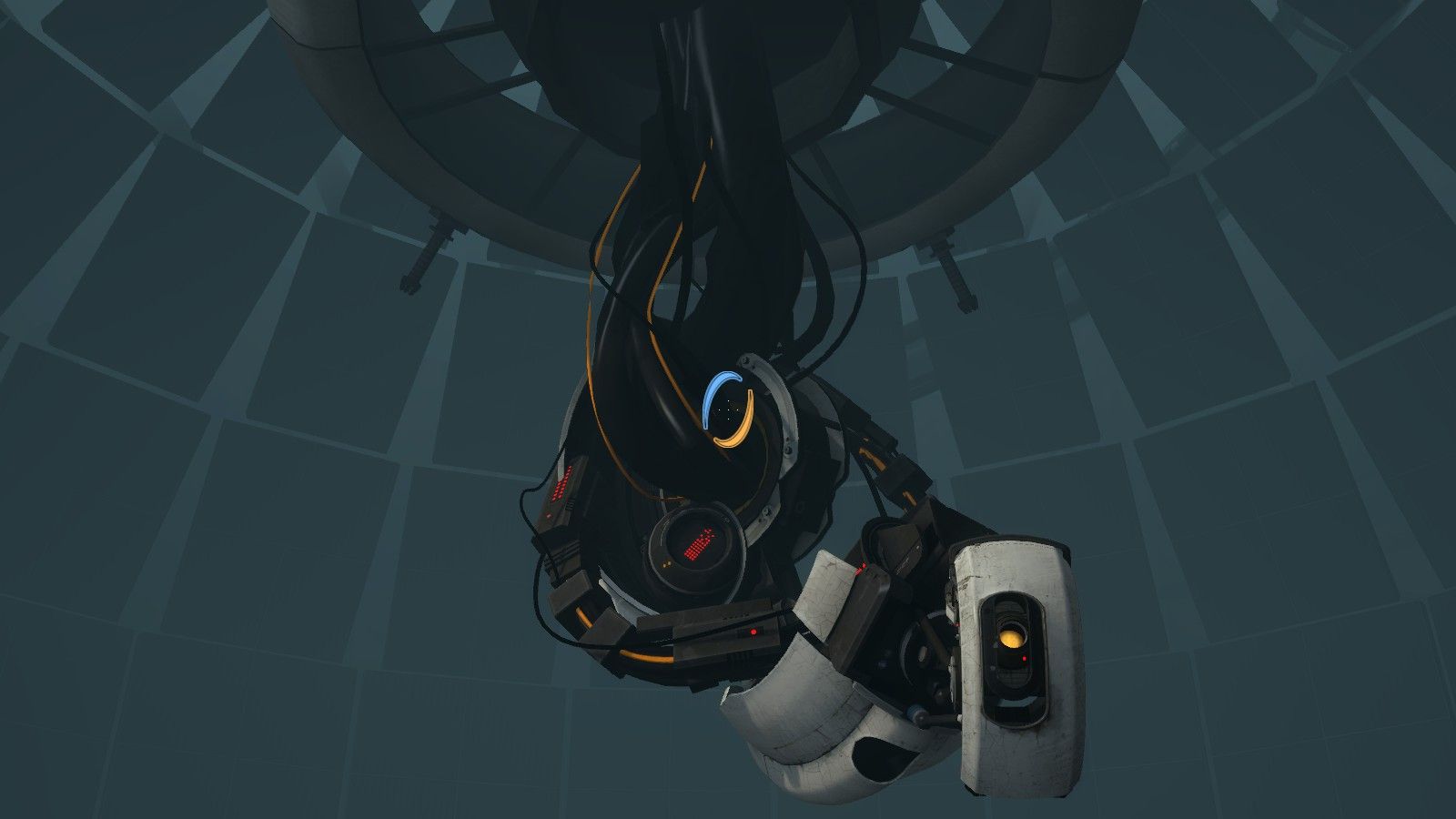 If AI is ever doomed to take over humanity, it surely will choose GLaDOs as its role-model. The cunning OS earned its place in the hall of fame for its inhuman charisma, twisted sense of humor and the talent for cooking pastry. But what really made GLaDOS a cult figure is its knack for crooning. Still Alive is a bizarre aria of an evil AI that is both defeated and triumphant at the same time. Some critics even titled GLaDOS farewell tune as the best ending song of all times[1]. 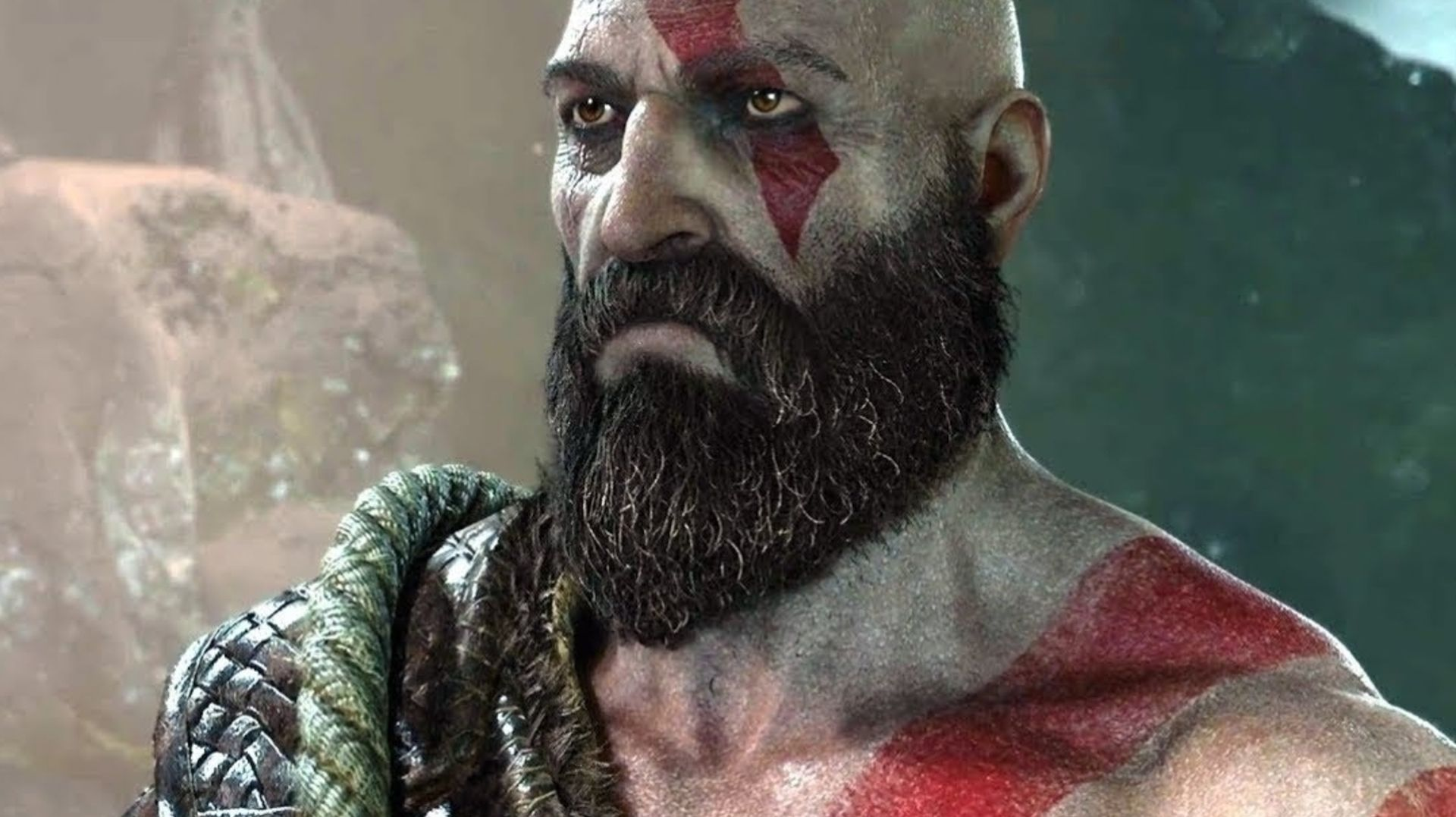 Where: God of War Series

The unstoppable Juggernaut form Sparta, Kratos amazes with his desire to slaughter everything that moves within 25 feet radius. The semi-god who purged the entire pantheon of Olympus and showed a weakness for debauchery quickly became the top antihero of 2005. However, Kratos is a living proof that everyone can mature over time.

In 2018 we see him as a father who keeps his anger and fury in check. He rather prefers the role of a wise mentor than a warrior. But once the well-being of his son is threatened, we see him transform back into his original self — the raging death-machine. Getting the 8th position in our list, Kratos will always be remembered as the deadliest single dad that history has ever known.

7. Pagan Min — I Hate when Things get out of Control! 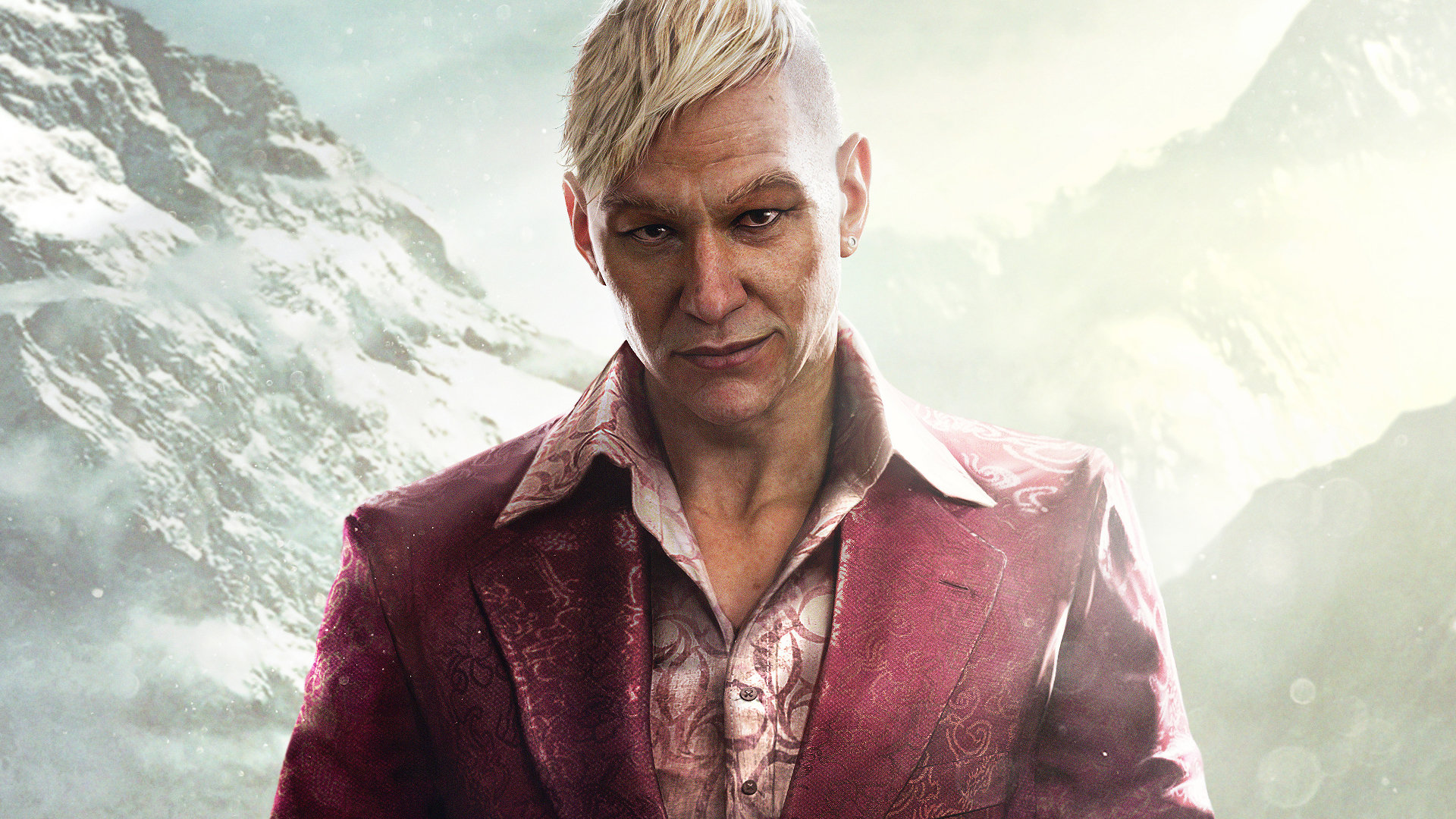 Pagan is another charismatic antihero we want to honor. Who else could've looked as sleek as him rocking a perhydrol-dyed hair and a pink suit? A drug lord/dictator of a fictional Himalayan country Kyrat, he will forever be known as an egocentric usurper who erected a gold statue in his image. Besides, the messages Aajay Ghale received from him over the radio are not deprived of witticisms and an eccentric, yet interesting philosophy. 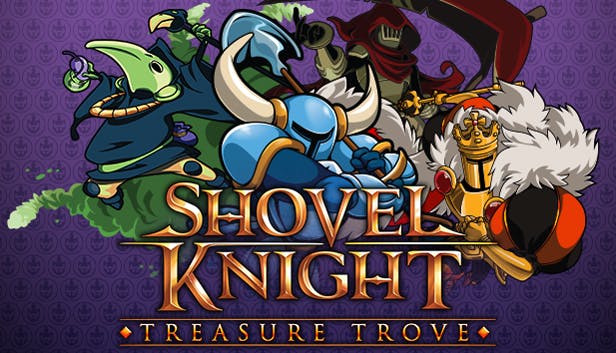 This noble sir made his way into our hearts with his honor, courage, and sword. Well, not a sword, but a garden shovel. This pseudo-8-bit saga isn't just a blast-from-the-past game with retro stylistics. It's something more: Shovel Knight embodies the spirit of the entire indie genre. The very genre that victoriously marched all the way through the 2010s and changed the entire industry forever.

He fought the flying Propeller Knight and the tunnel-digging Mole Knight. He slew hordes of gobcanos and simulacras. He even had a brawl with Kratos himself that one time. But what's really heart-warming about that humble hero is his passion for shovelry. So, let's get shoveling!

5. Lester Crest — If You use a Three-syllable Word, They Think You’re a Professor 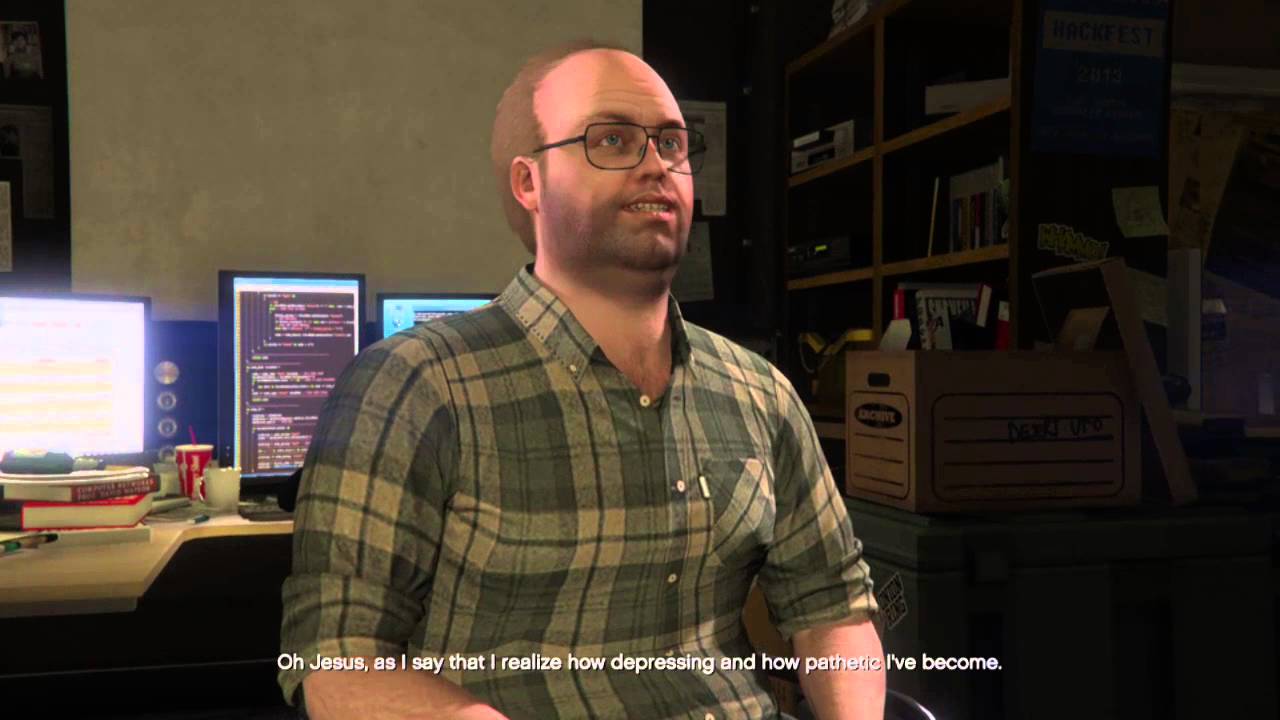 Lester is an odd mixture of a grumpy, cowardly dweeb and a sharp-minded criminal genius. Having zero muscles and little backbone, he is somehow brave enough to yell at Trevor and get away with it. All the way through GTA 5, we see Lester architecting grandiose crime schemes and probably stalking random people online.

Surrounded by characters who get intoxicated on self-loathing, nostalgia, buffoonery and infantilism, Lester manages to stay the voice of logic and rationality. Unless he's sitting next to Trevor, whose presence and smell greatly unnerve the game's mastermind. 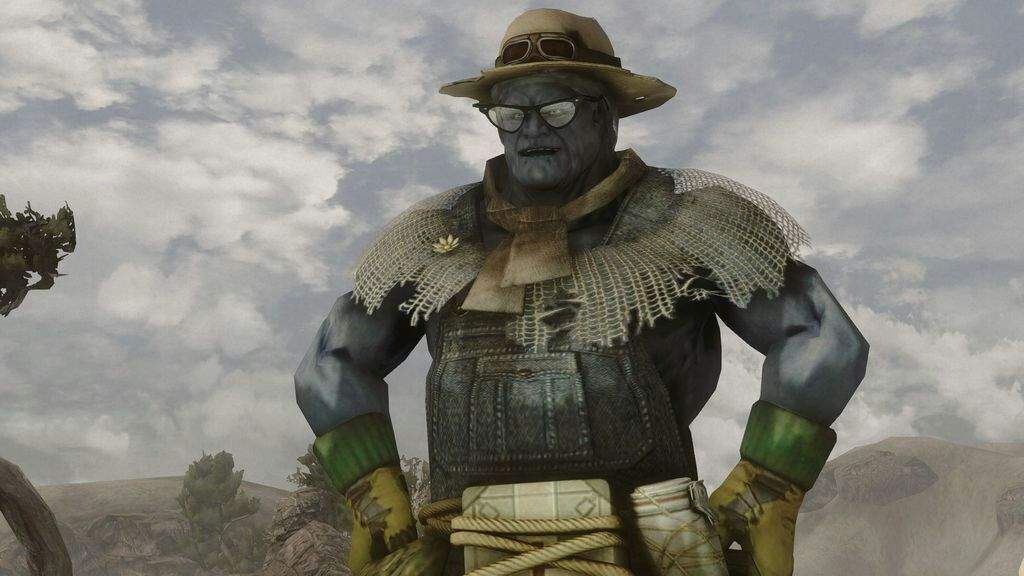 Lilly is by far one of the most likable and tragic characters the decade has seen. Behind the scary facade, she's actually a loving grandmother. The notorious FEV turned her into a Hulk-like creature who can lift up and throw a minivan at a 2-meter distance. Yet she sounds as polite and kind as a typical grandmother would, adding "dearie" whenever addressing the player.

She faces a harsh ultimatum: take medications and forget who her grandchildren are or lose her sanity completely. And only a stone heart wouldn't ache for her losses, pain and ultimately sad finale. Lilly will always be warmly remembered as the sweetest radioactive granny.

A controversial lady, Monica proves that true love has no barriers. Especially if these barriers are morality, law and psychiatric definition of sanity. Being ready to do whatever it takes to romance the player, she quickly turns from a lovely anime girl into a scheming, cunning yandere. But in the end, she makes a surprising leap in her moral evolution, realizing that true love would never take away someone’s freedom. 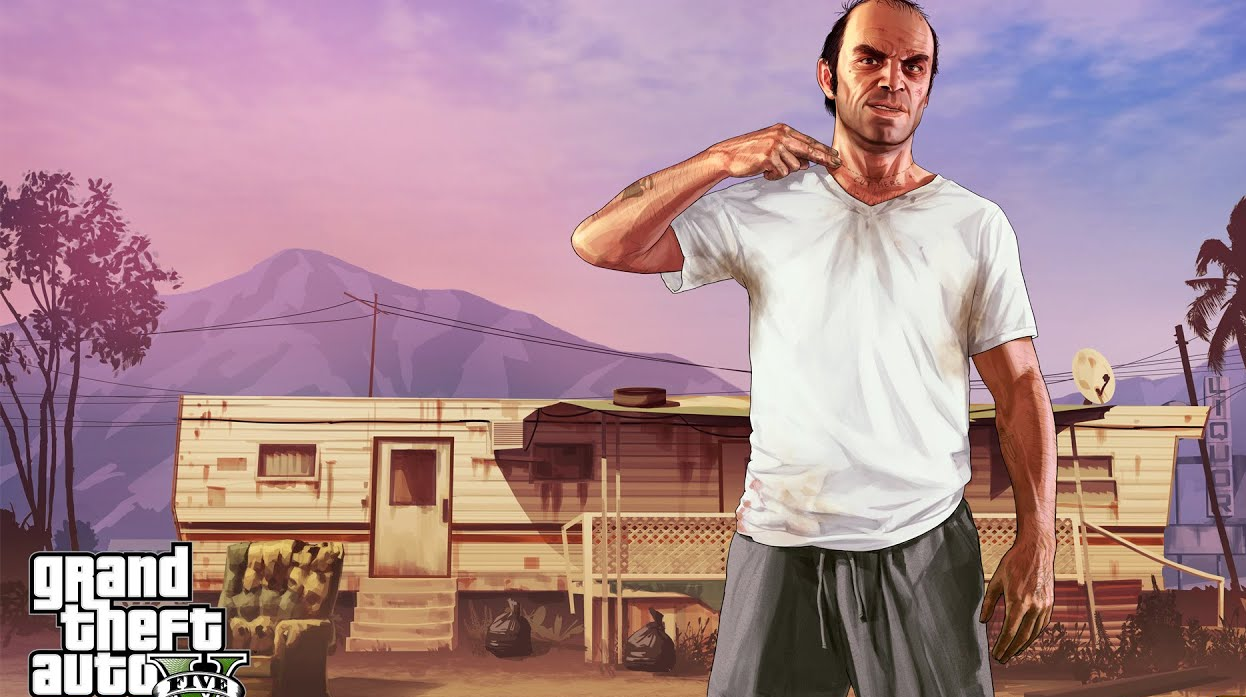 If games of the 2010's need a rockstar archetypal character, then Trevor suits the role like no one else does. His violent temper, a knack for strange outfits, instantly classic quotes and IDGAF life philosophy make him a hero of a dying breed.

He slaughtered a biker gang solo, supplied a cannibalistic sect with hitchhikers, romanced a mob boss' 60 y.o. wife and sodomized a plushie bear. Yet somehow, after all these stunts, Trevor still remains extremely likable. Maybe, because there's a bit of Trevor living in every one of us? 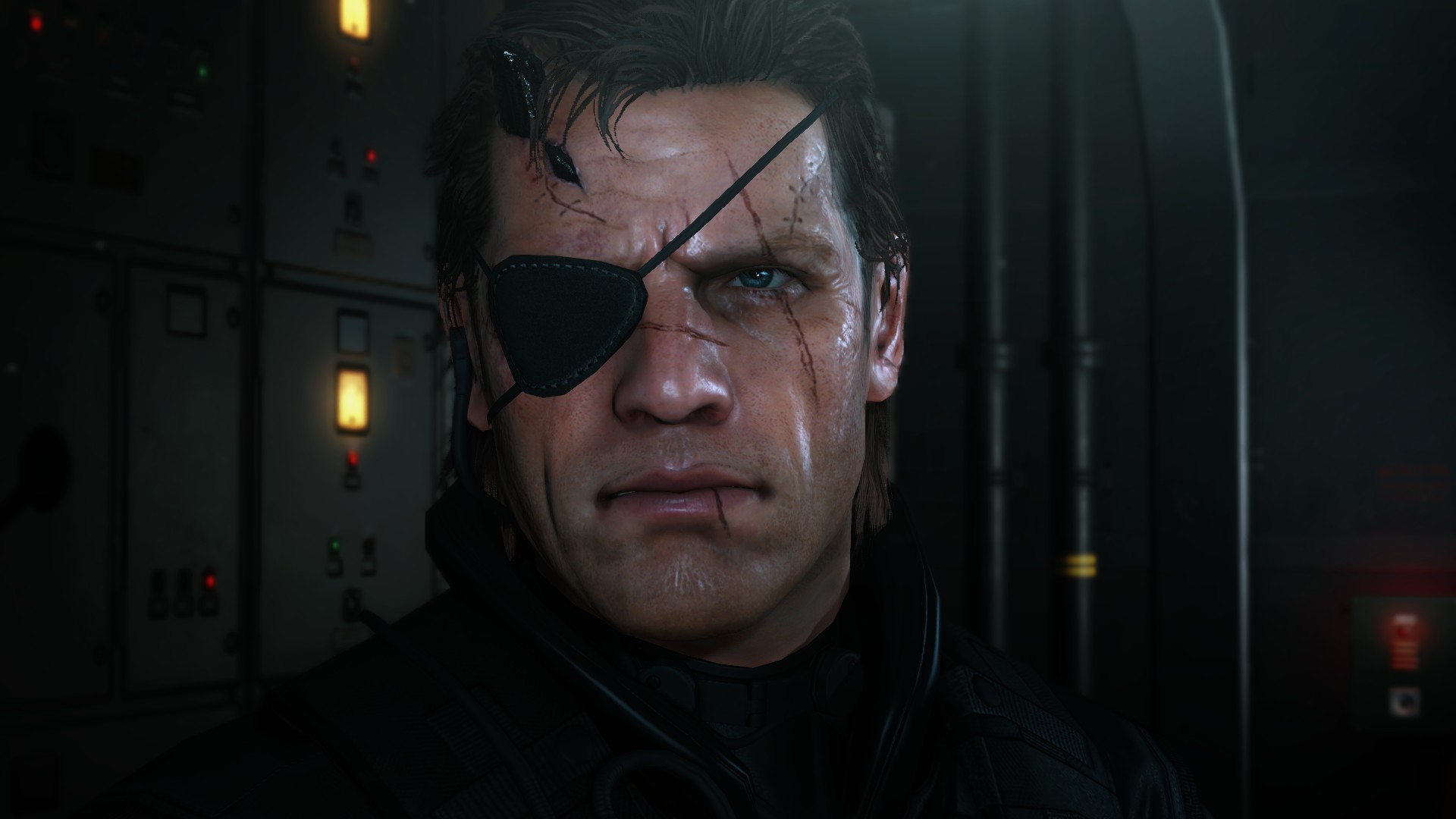 Where: MGS V: The Phantom Pain

Venom Snake gives us some food for thought. If there's a doppelganger of yours who looks exactly like you and has all of your memories then... which one of you two is real? Voiced by Kiefer Sutherland, a.k.a. Jack Bauer from 24 Minutes, Venom is incredibly charismatic and enigmatic.

Depending on the player's choices, he may transform into Satan, rocking an ominous bloody horn growing from his forehead. He doesn't speak much, but every word of his is weighty. He never shows his emotions, yet battles a whole Soviet army just to save Quiet. We all dream to be like Venom — fearless, strong and able to handle any mission, no matter how tough it is. Plus, he adopted a cute puppy in Afghanistan.

However, there are still dozens and dozens of characters that deserve to be on the list. Which hero, heroine or villain do you associate with the 2010s gaming history? Let us know in the comments!