Minecraft is the kind of game in which the quality of graphics is the last thing that matters. However, it’s a polygon for various experiments with graphic engines and new visual technologies. The leading video chip maker Nvidia thinks that its new ray tracing technology could change the future of the popular franchise.

Nvidia and Mojang entered into a partnership to change the way gamers see Minecraft. With the new mode installed, it looks much more realistic. If you have one of Nvidia’s RTX graphics cards, you will be able to try the innovative update first when it comes out.

The New Look at Lighting 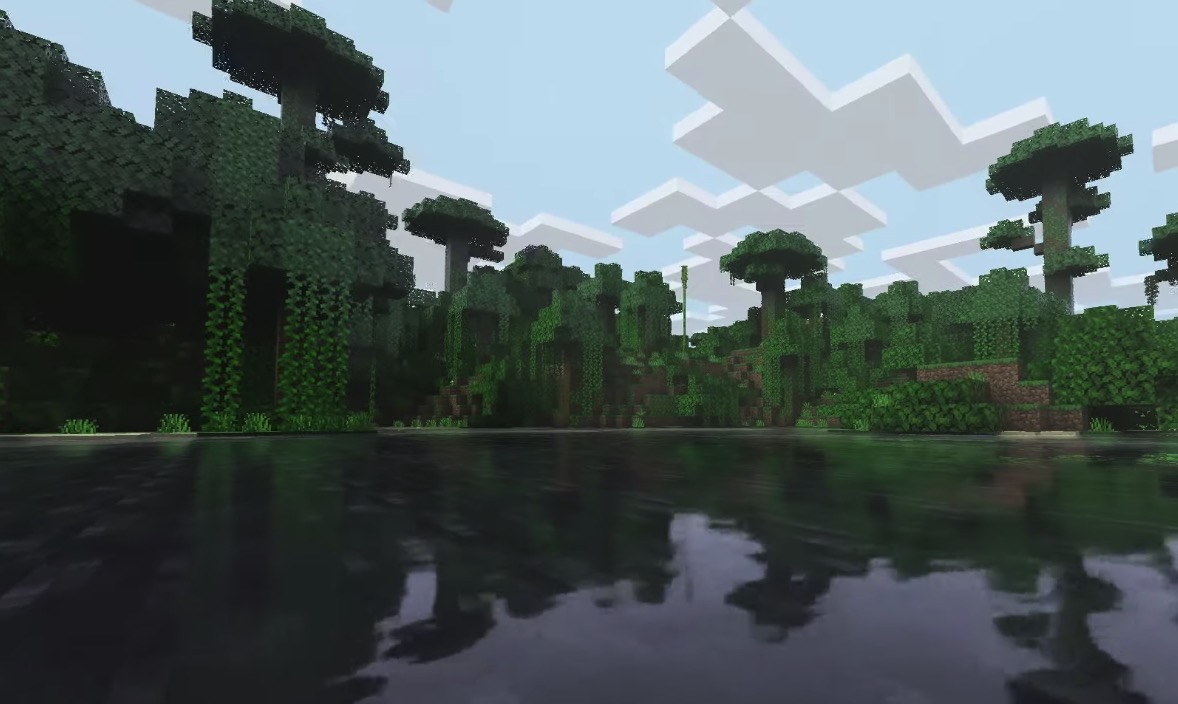 Ray tracing technology doesn’t change the way the original game looks. You will see the same rough voxel blocks with large pixel textures on them, as well as the primitive physics of objects. Instead, ray tracing makes the light spread around like in real life. The new algorithm can emulate realistic reflective properties of objects. It means that beams of light reflect from surfaces like you’d expect them to in real life. The direction of rays determines the brightness of surfaces and the depth of shade.

The rendering of colors has also changed. The physical process of specular reflectivity makes the light of any color reflect on surrounding surfaces if real-time conditions and camera position allow that. Even opaque textures support this process.

Ray tracing requires a lot of power for stable performance. That’s where the latest RTX chipsets can unleash their real potential. Nvidia announced that the RTX chip wouldn’t be the only-one platform to play the new Minecraft. Microsoft confirmed that the 2020 Project Scarlet Xbox console would support ray tracing too. Other manufacturers will surely implement compatibility too because it’s going to be a revolution for the entire industry. 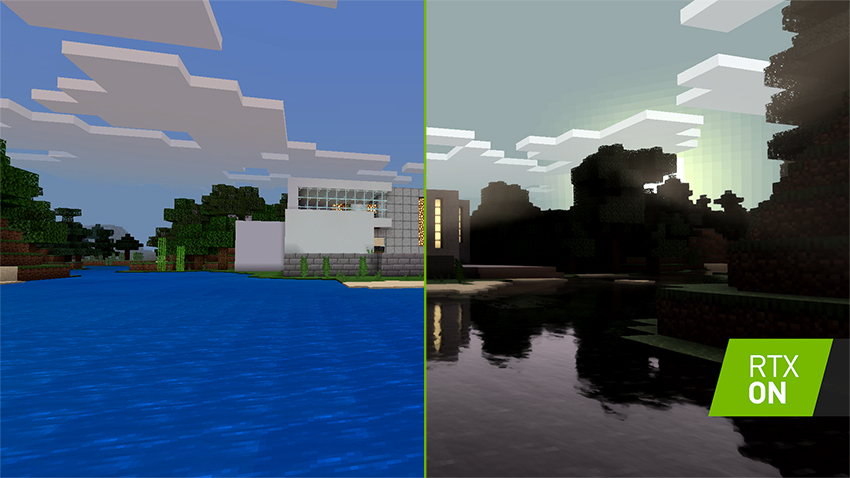 The difference is so amazing that you will notice from the very first second. Light beams behave exactly like they do outside the window. The good old torches don’t just cover the room with simple light. The fire glows and transforms depending on the distance. Now the game has all grades of shade as well. This allows the engine to render hyper-realistic scenes.

When you enter the starting area, the “wow” effect is incredibly strong. It feels like you can touch the rays of light and feel them with the square skin of the character. Now the game supports all types of reflections too. Ray tracing can tell water from glass and emulate reflections of objects taking all laws of optics into account. The original game has nothing to set against. If you still didn’t catch the difference, look at how the game looks if we turn ray tracing off.

Due to RTX’s unique architecture and perfect optimization of the update, it runs perfectly well. It shows persistent framerate without drops below 30fps, which is more than enough for smooth play. There are, however, some technical issues. Early builds crash quite often, when you try to do something ordinary. For example, simple fishing and some rare building blocks can cause the game to crash all of a sudden.

That’s a huge problem if you build something complex and forget to save in advance. Even if the auto-save option is on, it doesn’t work often enough to save you from frustration. That’s why we recommend you to press F5 more often to avoid losing progress with the new mode on. There’s not much chance to see such bugs in the official release version, but we couldn’t keep that in secret.

In their reply to Polygon, Microsoft confirmed that the Minecraft RTX update would be free. It’ll be available for all owners of the official Windows 10 edition of the game. As for the Nvidia RTX graphics card, it will cost you a small fortune. Solutions by other hardware developers like AMD will also support the feature, but it’s impossible to say how good the performance will be.

But don’t hurry to blame Mojang for such a demanding update. Before entering a partnership with Nvidia, the company announced plans to release a massive graphics update pack. The developer was pushed to shelve the project because it required much more hardware power than Minecraft RTX.

Minecraft RTX is a huge step forward for the franchise that couldn’t boast of realism. It used to be famous for the total simplicity of gameplay and visuals, but fans always dreamed about a change. Since 2011, Mojang has sold over 176 million copies of the game without changing its look at all. Now it seems that you can give up third-party texture packs and enjoy the renovated Minecraft.

Although the demo of the update is quite playable already, the release date is still unknown. Microsoft scheduled it for 2020, so we have nothing to do but wait. If you can’t play on your current console or PC, there is good news for you too. In early 2020, Microsoft will release Minecraft Dungeons. It won’t be so demanding for hardware. You’ll be able to install it on PS4, Xbox One, and Nintendo Switch as well.

Some Reddit rumors say that Minecraft RTX may even appear to be the release of Minecraft 2 instead of an alone-standing experimental mode. Do you wait for Minecraft RTX as much as we do? Don’t forget to share the article with other fans of the game to share the good news!