15 Games on Google Play Pass for Great Gaming on Android

Mobile gaming gets more and more serious. From primitive (but oh how addictive) games like Snake we proceed to console-class visuals and hard, inventive gameplay. These games have been quite pricey all the time (though cheaper than their console analogs), but now Google changes the game (literally) with Play Pass subscription. In short: you pay just $4.99/month and unlock a wealth of games, some of them even more expensive than the entire subscription, for playing on Android. No ads, no in-app purchases, no separate subscriptions, no headache like that; a single payment does the work.

The list of games available with Play Pass is shorter than the entire catalog of Google Play Games; but it contains select titles of high quality and certainly has something to offer, no matter what you prefer. None of these games is Play Pass-exclusive, so it’s up to you whether you want to subscribe or pay for them independently instead. All of them are compatible with most Android devices announced in 2016 or later, and some of them will run on older ones as well. 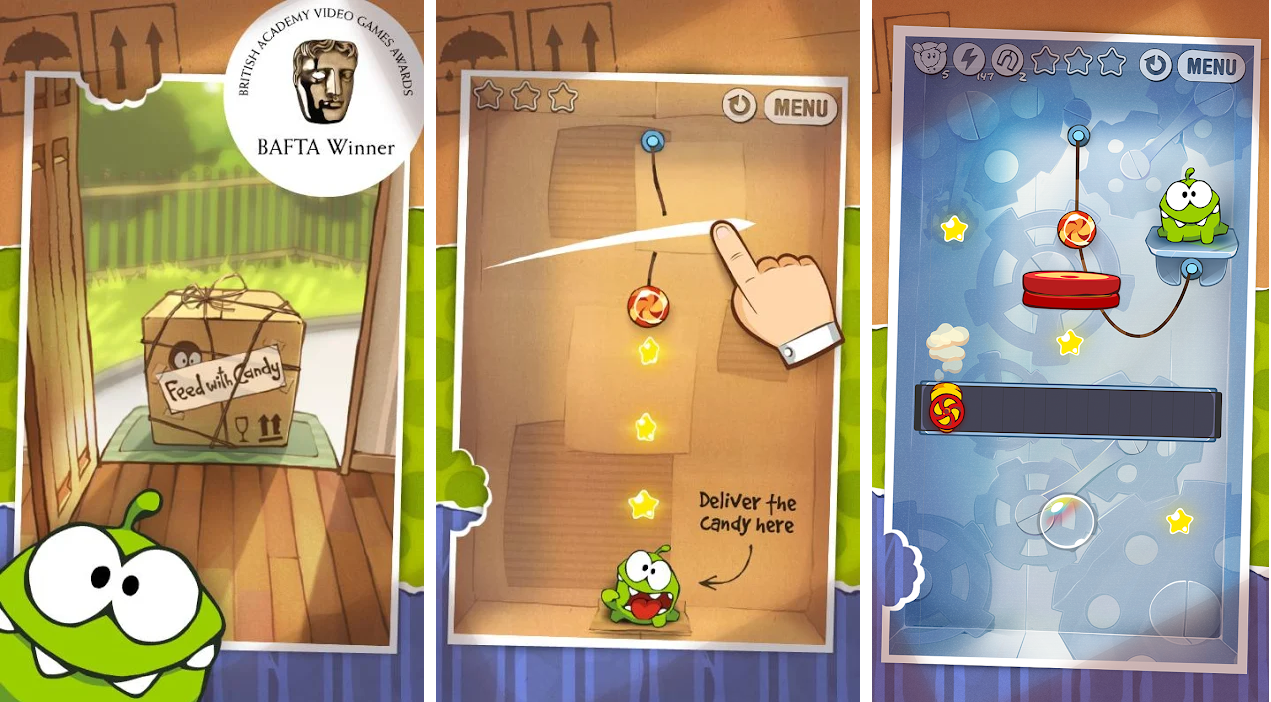 It’s one of the most charming physical puzzles ever made for mobile devices. Along with sophisticated mechanics and logical consequent physics, it features Om-Nom, one of the cutest characters in mobile gaming ever. Your mission is to feed this green creature with candies, but it’s not that simple. Instead of just throwing the candy to Om-Nom, you need to run some type of Rube Goldberg machine by cutting ropes, so candies fall the right way.

The series now contains three games: the original Cut the Rope, its sequel Cut the Rope 2, and a brilliant adventure Cut the Rope: Time Travel, with levels styled like they take place in different times and societies. Each of them offers lots of puzzles that are generally short, but completing them perfectly may take a serious effort.

It’s the game that reinvented platformer as a genre. Limbo is a dark, grim story about a boy who finds himself in a strange black-and-white place full of dangers and fears. It’s not long, but you may have to go through it many times because there is death even in limbo.

The developers suddenly wanted to deliver more than fun. This game may cause anything, from vague anxiety to a desire to review your life completely. Or just sip that mystical melancholy slowly. As for more material things, this game alone is worth $4.99 – just like monthly Play Pass. And it takes two or three hours to go through. 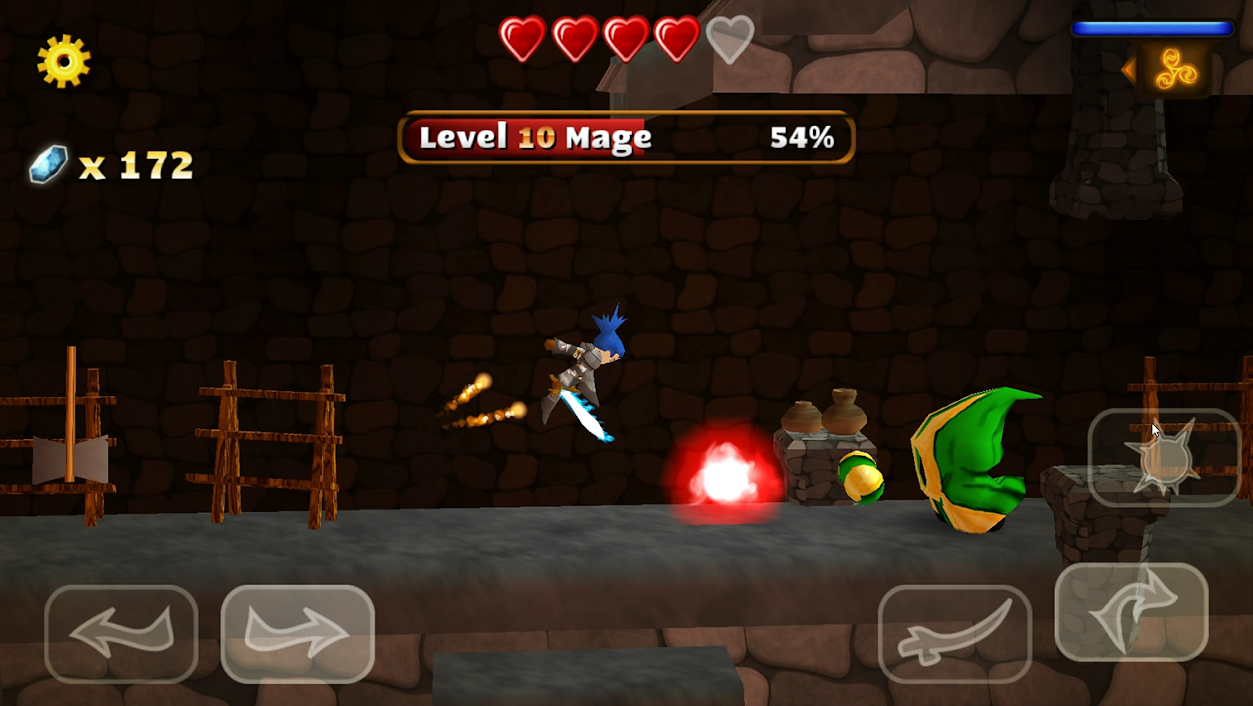 It’s another platformer, but it’s quite the opposite to Limbo. Long hours of gameplay, instead of a short story. Colorful and bright world with various enemies and challenges, treasures and powerups, and even some RPG elements, like ability points. Find the shards of the magic sword and save the Universe from the evil!

What distinguishes Swordigo is its inventiveness in terms of storytelling. Its visuals are also still great, though the game isn’t new. Of course, it’s hard to reinvent the 2D platformer the way Limbo does, but if you like it the old way, Swordigo is the option. 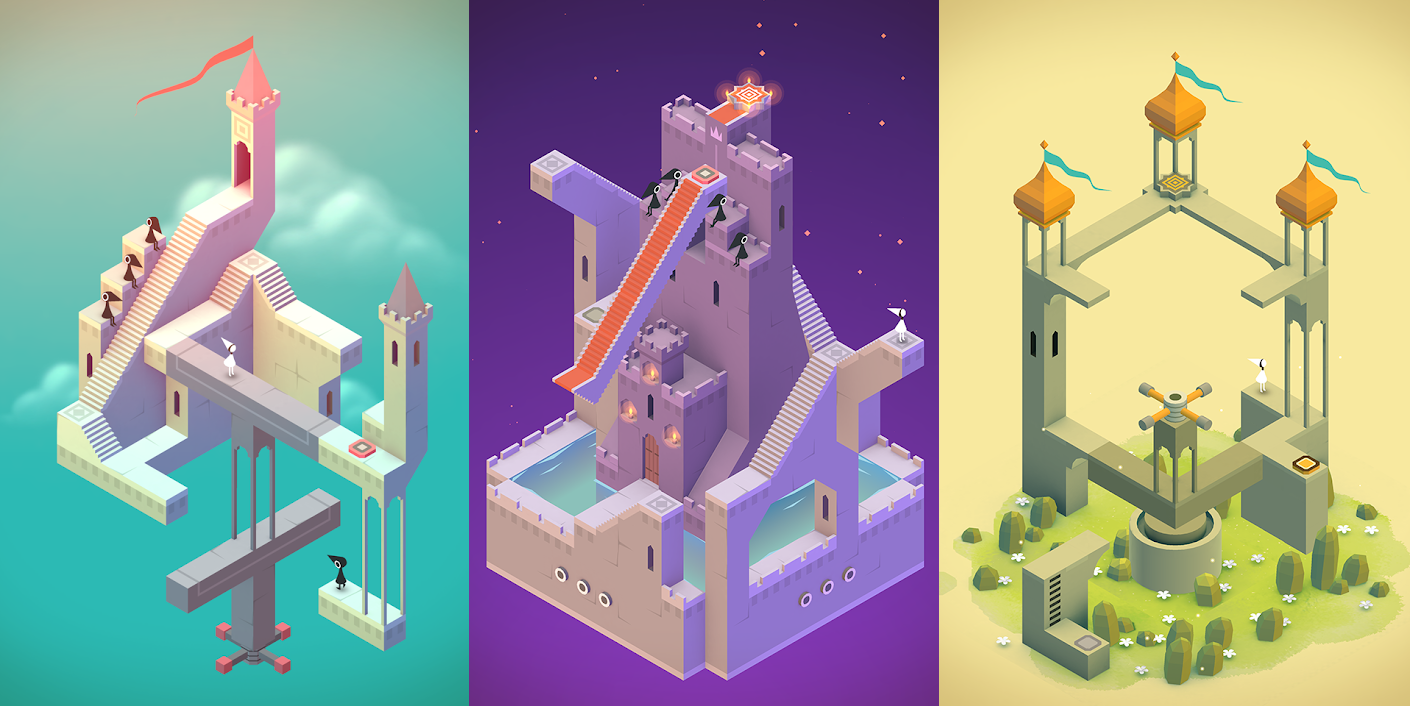 These games are puzzles inspired by ancient civilizations, with their gigantic mazes and sophisticated engineering skills. In both games, you play as the priest who leads the princess to the right place where she needs to lay a sacred item and complete the tricky rite. The mazes are made of real objects as well as optical illusions, and the condition of the princess only lets her move the simplest ways where you lead her.

It’s a classic casual game – that is, a level takes but a few minutes, so you can play Monument Valley during your coffee break, on a train or a bus, or even behind the wheel if you get stuck in a jam. 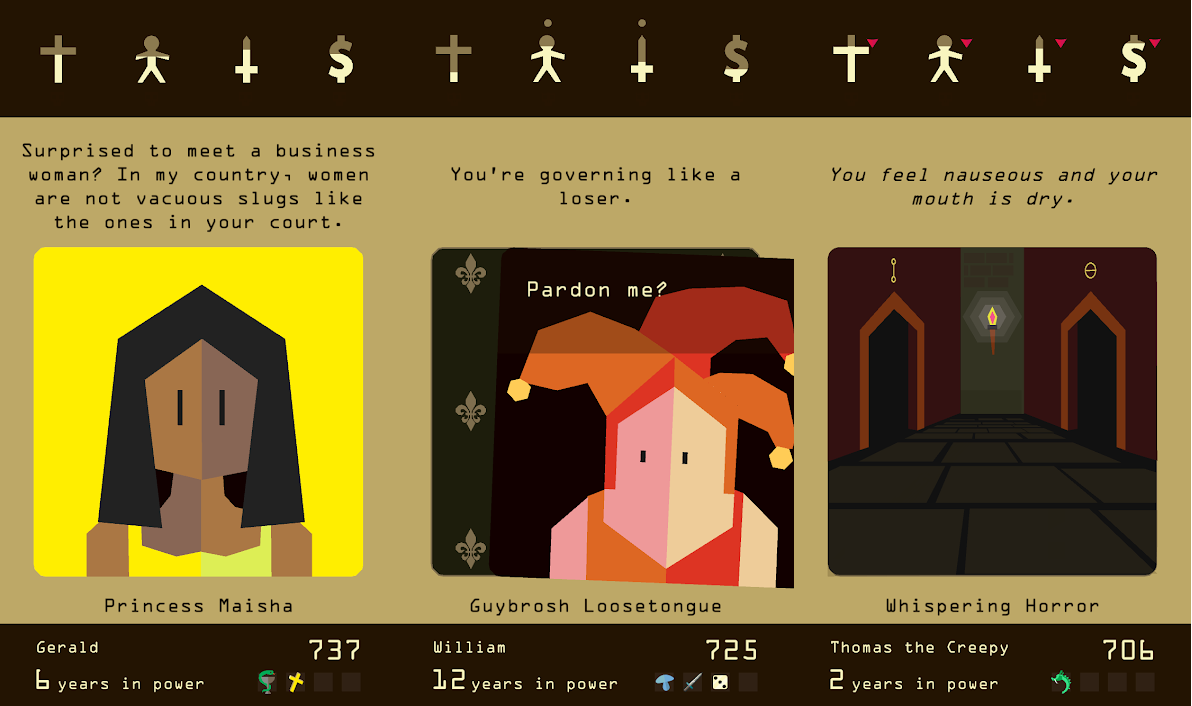 A good mobile strategy is hard to find. The more precious is the Reigns series. Based on historical strategies that used to be popular in the 1990s, it reinvents the genre for mobile devices. No more maps and armies, continents to conquer and units to command. Now you just make decisions by swipes, yes, like in Tinder. And each decision will echo in your future.

The final one is inspired by Game of Thrones and features familiar characters. If you are dissatisfied by the final season of the show (and doubt you will ever see the books), you are to replay the story the way you like. 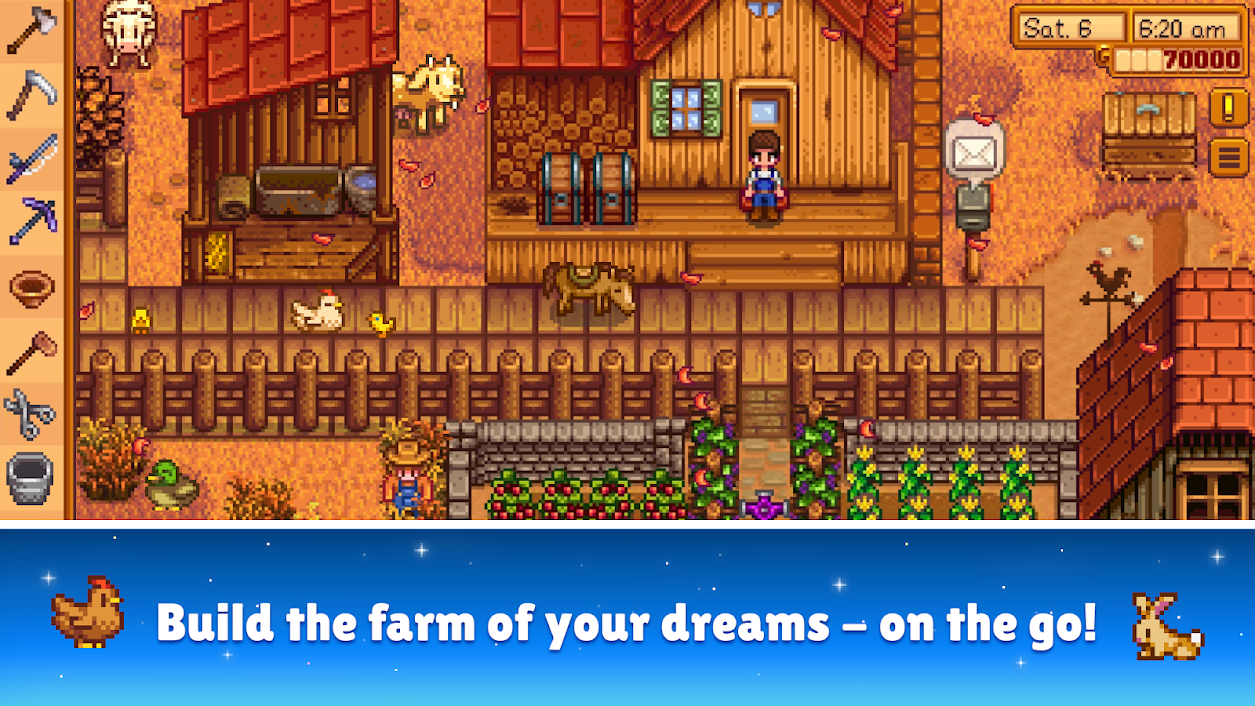 Farming strategy games are fun. They could have been much more fun if not for microtransactions they constantly require. Well, Google Play Pass is the reason to take a second look at the famous Stardew Valley, the game that combines farming and crafting the most inventive way.

The developer of it is concerned that the game should only be sold once it’s ready. He (yes, it’s developed by one man, including programming, writing, and even music) also encourages others to create their content for the farm. So it’s more creative than any rivals like Hay Day or Harvest Moon. 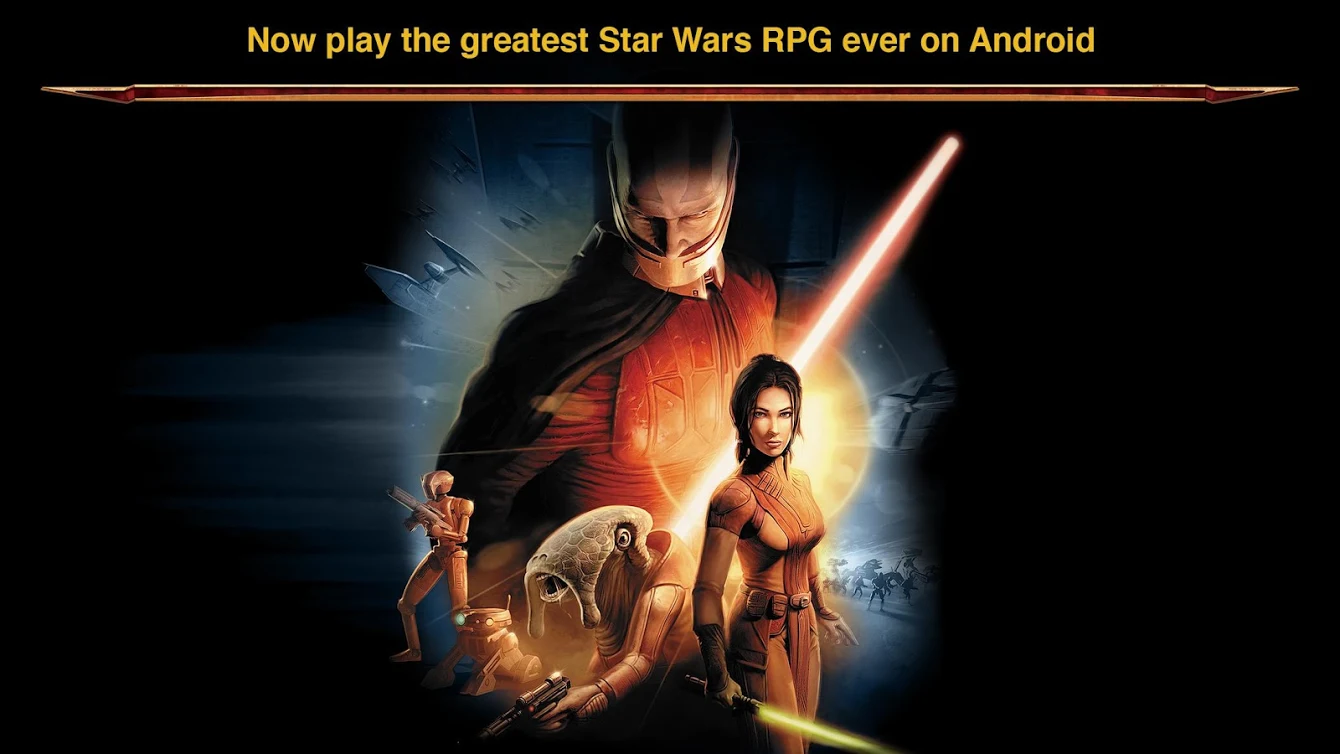 Well, this season, we have a Star Wars movie (despite controversial), a Star Wars TV series (highly acclaimed), and a Star Wars console game (great). And what about mobiles? No premieres, but there are classic titles.

KOTOR is one of the best games ever set in the galaxy far, far away. It’s an RPG that preserves the feeling of constant choices and responsibility for them. No matter which Side of the Force you join. 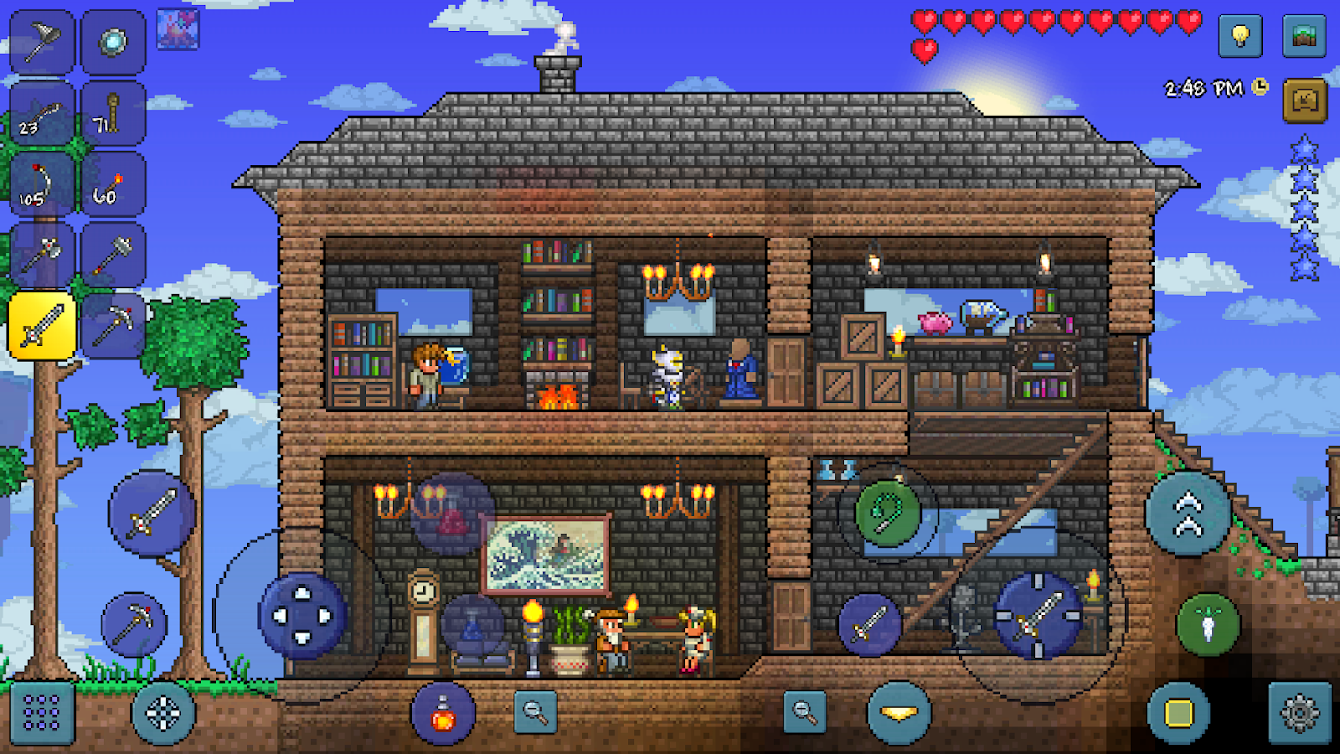 It’s a beautiful combination of a sandbox game and a side-scroller. Sometimes it’s referred to as the 2D version of Minecraft. Well, if Limbo is too dark for you, and Swordigo is too ordinary, Terraria is the 2D game that may change your attitude towards the class.

It’s full of exploration and discoveries even more than before now. Terraria is one of those games that develop constantly, and the creators keep rolling out updates. So probably you’ll find lots of new stuff if you have played it two or three years ago and now return to it. 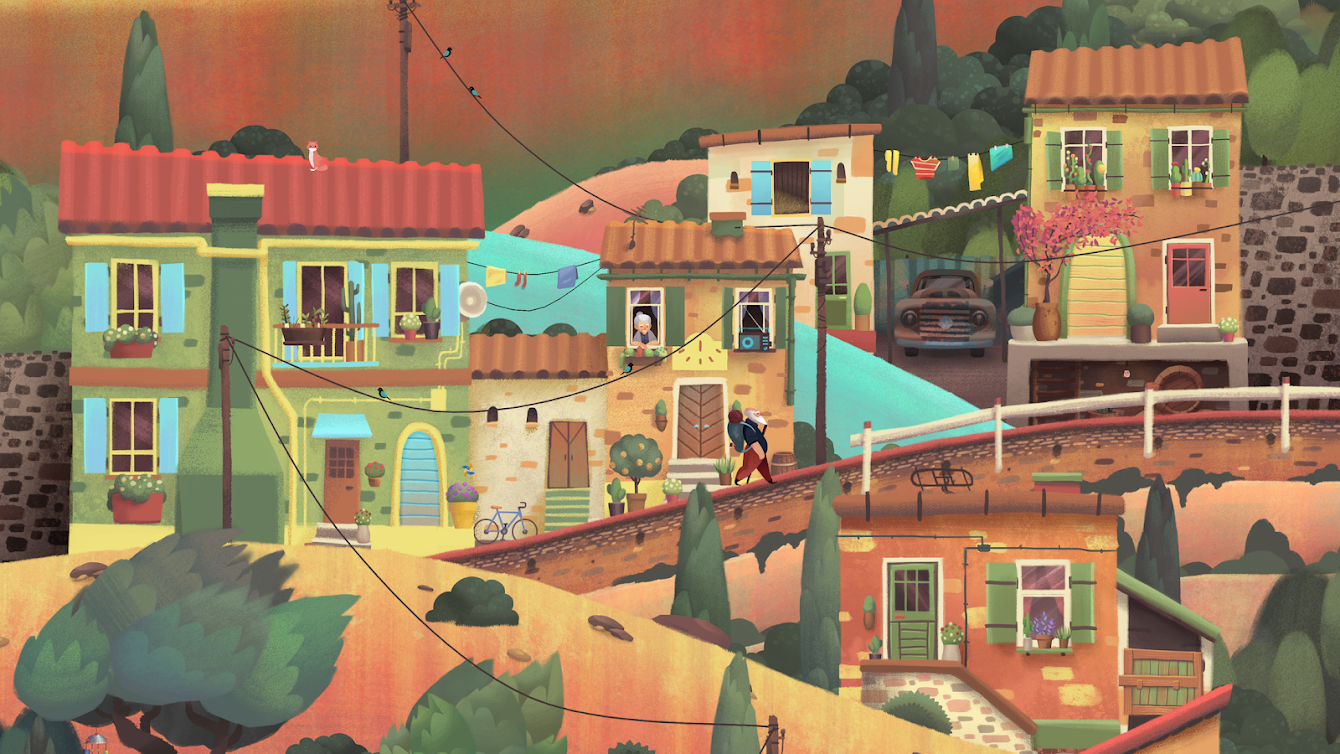 It’s one of the most contemplative, relaxing games released recently. The protagonist is an old but powerful man: his superpower is in changing the landscape, so he can walk on to the destination. But life is a journey, and we are constantly reminded of it as the old man recollects his youth and his entire way.

If you have played this on console, you may lack the original controls. But the developers did their best to port the game properly, and it keeps its slow spirit. So don’t play in a hurry: live in a moment.

It’s one of the most distinguished mobile fighting games. Its picture with two shadows fighting, Tekken-style, is easy to recognize. The developers offer a simple mobile control system, familiar gameplay when it comes to fighting, and some RPG elements to upgrade your shadow warrior.

This time it’s just Shadow Fight 2 Special Edition available with Play Pass; Part 3 is out of the program, and Part 1 has never been released on Android. But this is quite a self-sufficient game and a very successful one. By the way, playing it for two months with PlayPass is cheaper than just buying it.

Get More Than It Seems with Play Pass

It may seem that we have only listed 10 titles. In fact, some of the titles above are series of two or even three games, so, in fact, there are 15 of them. And if you take a closer look at Google Play Pass, you’ll see more worthy titles, like Space Marshalls, Wayward Souls, or Titan Quest.

Which one is the most attractive for you? Or are you in to discover the titles you never tried? Does Play Pass work correctly? Share your experience and your opinion in a comment.

Was this review helpful?
Thank you for your feedback!
50 % of people found this helpful